The North East Open (NEO) is the only event of its kind in the Capital District, as well as in upstate New York.  This annual event brings together martial artists and enthusiasts of ALL styles for one big weekend of competition, demonstration and enlightenment.

Many events exist for athletes of specific styles of martial arts, but no other event in New York's Capital Region brings athletes of different training backgrounds together.  Open tournaments have been around for years, but the North East Open is currently the only one to take place in the upstate New York area.

Today, there is an overwhelming amount of ego associated with the martial arts. Students tend to have almost too much pride in their school, style and instructors. Rather than offering a competition with the attitude of "finding out who is best", our tournament's goal is to open competitors eyes to the beauty and strength of all different styles of martial arts.

With an open-minded approach, we have already started to change the way people think about martial arts training.  All martial arts styles, regardless of focus and origin, are a family. Martial artists focus on improving their character through physical and mental practices, while building self defense skills. However, each style just has its own approach, different ways and philosophies of accomplishing these goals.

All martial artists, regardless of style, strive to build self-confidence, courtesy, modesty and stronger character. What better way to illustrate these than by meeting and performing in the presence of a diversity of martial artists.

Since its inception in 2007, the North East Open has established itself as a premier showcase of Martial Arts talent in the Northeastern United States by developing a unique tournament atmosphere which focuses on celebration instead of competition. The NEO is committed to Martial Arts excellence, camaraderie, sportsmanship, and cultural enlightenment. The NEO strives to be the annual event for enthusiasts of traditional and sports Martial Arts to meet, network and create lasting friendships.

Since the inaugural event, which took place on July 7th of 2007, the North East Open has seen exponential growth each year with the number of competitors, attendees and participating schools. The magnitude of this impact on the local martial arts community, as well as local tourism, is significant. Along with the competitors come hundreds of family members, spectators and martial arts enthusiasts.  Competitors and spectators have traveled from throughout the Region, country and internationally.  Previous years events have been attended by visitors from all parts of New York, New Jersey, Massachusetts, Pennsylvania, Connecticut, Vermont, Rhode Island, New Hampshire, Maine, Indiana, Ohio, Virginia, Maryland, California and other areas farther west, as well as Montreal, Canada. Dozens of the Region's highest-ranking, most prestigious and most experienced martial arts masters and school owners have all come together to help make this event such a huge success. Here is what the masters have had to say about the event:

"It has been quite a long time, no, a very, very long time since I have been to a tournament where I did not have to apologize to the parents of my competitors for any of the following: how the tournament was organized, how the tournament was judged, the facility, disrespectful competitors, rude parents, uneducated support staff and punctuality. This surely is a tribute to the dedication and loyalty demonstrated by your organization, and a testament to your sincerity to your art."

"I just want to congratulate you and your staff on a successful tournament and to say thank you for offering my students and myself a fair, fresh, & exciting opportunity to perform.  Your event was one of the most organized and well run tournaments that I have ever been to (and I've been to a lot).  I came away with many positive memories that will stick with me until next year's event. From the top notch judging to the impressive talent on the competition floor... the spectacular demonstrations... meeting new people & networking with old friends... the vendors... the breaking - I enjoyed it all!  It was an honor and a privilege to participate in the North East Open Thanks again for a wonderful event"

"I thought your event was the best planned I have ever seen.  I attend about 30 tournaments and kick boxing events a year and I would guestimate that most of the promoters spend very few hours preparing and it shows.  I admire your efforts in not accepting the status quo and making solid attempts to make your event a unique and prestigious event." 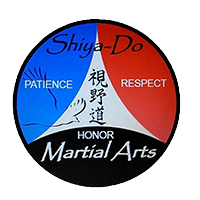 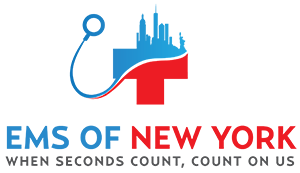